Our recent Peer Utility Group (PUG) meeting, hosted by Puget Sound Energy in Bellevue, Washington, was a great opportunity to learn what leading utilities are doing to integrate Automated Utility Design™ (AUD) with GIS and enterprise information systems.  While much of the discussion was on systems integration and workflows, we also had an opportunity to review different delivery approaches.  In particular, Louisville Gas and Electric (LGE) spent some time detailing their experience with the SBS Semi-Agile approach for delivering an integrated electric and gas utility design solution based on AUD and SBS’ Utility DataHub™ (UDH).

LGE was in an interesting position with their AUD project.  The work originally started as a traditional “Waterfall” project, following the Define | Construct | Adopt approach as shown in the diagram below.

The delivery team spent the early part of the project identifying job types and business needs as part of the requirements process. The team spent many months documenting the “As-Is” state, defining current workflows and systems and aligning the business priorities. Extensive exercises were then conducted to define and establish the “To-Be” functional requirements for configuration.  This is where things got particularly difficult. LGE was building a new system, yet they had not had a chance to get “hands-on” exposure with the proposed technology platforms. This is a quintessential “Catch-22” with waterfall development; you need to define the “To Be” yet have no experience with how the underlying technology works.  Waterfall would say “define what the business needs independent of the software”, but that is not a realistic approach as it often leads to extensive customization, which is discouraged by management – another Catch-22!

As a result, LGE quickly found they had to deal with an extensive amount of project management time – over 75% more than their other projects. They also had to deal with limited flexibility for change.  As the project moved on, more and more time was spent creating documentation, in hopes they would not leave anything out. In true waterfall fashion, here is a screen shot that “documents their documentation process”:

Then, during the middle of the implementation, a big change happened.  Autodesk announced their strategic relationship with SBS and the contract was transferred to the SBS delivery team. SBS and LGE agreed to shift to a Semi-Agile, iterative delivery approach that is more consistent with the preferred SBS delivery methodology.  The differences were instantly obvious:

One of the more effective changes was the use of SBS SMART Tools.  Based on Google Docs, the tools facilitated collaboration and teamwork and allowed a much more rapid convergence of requirements.

Prior to the change to Semi-Agile, the team was looking at a potential project slip. As a result of the change, LGE was able to move up the Go-Live schedule by several months.  This allowed them to train the trainers, then train all their users, while saving 4 months of project labor.

Our experience with Semi-Agile is that it is a great methodology for fast evolving, highly visual and/or technical projects.  Some of the topics involved with design require an in-depth discussion just to understand the basics, but actually putting your hands on a mostly-configured prototype eliminates much of the interpretation.  When a Designer or Subject Matter Expert can look at and use a system, theory and reality intertwine, which fosters easier discussions and clearer understanding.

Due to the need to visually interact with the ongoing development direction, Semi-Agile Delivery can really help for CAD and GIS-based integration projects.  We are now beginning to supplement our Semi-Agile approach with the SBS eLearning platform to bring users up to speed on AUD at whatever point in their process they deemed it most appropriate and valuable.

We would enjoy hearing from you.  Please let us know how the Semi-Agile project approach has helped your delivery! 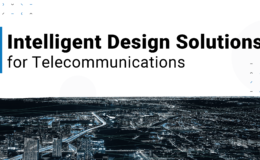 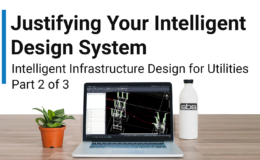